Rachel Launders is a lawyer with over 25 years’ experience working across private practice, businesses and government.   She is currently General Counsel and Company Secretary at Nine Entertainment Co, an ASX-listed media company.  Rachel was formerly a partner of Gilbert + Tobin, where she specialised in corporate and commercial transactions and advisory work, acting for a wide range of clients, including a number of not-for-profit bodies. Rachel is a director of Giant Steps, which provides school and post-school programs for children and adults with autism in Sydney and Melbourne, and has formerly been a Councillor of Sancta Sophia College at the University of Sydney and Chair of that Council.

David is the Chief Executive Officer of Alberts, a company specialising in impact capital that has been operating in Australia since 1885. David is part of the fifth generation to work in the Albert family business. He joined Alberts in 2004 after a career working across the globe in marketing roles with companies including Coca-Cola, Eastman Kodak and Kelloggs and back home with telecommunications companies Optus and Telstra.  In 2016 David oversaw the sale of the music business J. Albert & Son to BMG and has been instrumental in not only consolidating and growing the Alberts business but helping to expand its philanthropic focus.

Ronen is a corporate executive with more than 25 years’ experience in blue chip organisations operating globally in the fields of software, intellectual property, entertainment and media rights management, and investment management. Ronen is currently the Chief Executive Officer of Simble Solutions Limited, an ASX-listed software-as-a-service company. Ronen joined Simble as the Chief Financial Officer to oversee the financial and operational functions of the group and was appointed CEO in November 2019. Ronen was formerly the Finance Director at BMG Australia, a subsidiary of media company Bertelsmann. Prior to that he spent 12 years as Chief Financial Officer and Company Secretary of Alberts. Ronen is a Chartered Accountant and a Graduate of the Australian Institute of Company Directors.

Paul Mason is an experienced and respected music professional, who has worked in broadcasting, live music and government. From 2009 - 2019 he was the Director of Music at the Australia Council for the Arts overseeing federal funding for music. He established the Australian Music Radio Airplay Project (Amrap) a federally funded initiative that connects broadcasters with musicians and record labels. He was a board member of Radio FBi 94.5 from its establishment to the year 2000 when the station was awarded its permanent broadcast licence. Between  2004 - 2007 he was President of Music NSW. Paul has also delivered technology projects for the ABC, and programmed live music venues and festivals and worked as a musician.

Carol has been a chief executive in the NSW Public Service and Australian Parliamentary Service. She is presently a management consultant focusing on governance, strategy and change management. As a public servant Carol was responsible for some of Australia’s most significant public assets and has extensive experience in public policy, regulation, grants and arts administration. Carol has served on a number of boards including the Sydney Festival, Sydney Film Festival and the National Art School. 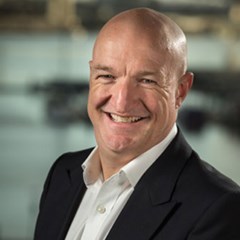 Scott is an experienced corporate executive, investment professional and financial adviser, having spent the last decade evaluating businesses and advising and educating clients and the general public. Before that, he spent a decade and a half in sales, strategy and management finance roles for many large FMCG companies, including Heinz, Diageo, 20th Century Fox and Blackmores, where his expertise has delivered profitable growth, and more effective sales and marketing results. He is currently Chief Investment Officer of financial services firm The Motley Fool, working to help clients become better investors and to spread financial literacy and independence to as many people as possible.

Jennie Sager is a Media Executive known for creating and delivering global first campaigns for top tier companies. Throughout her career in television and tech, Jennie has produced award-winning programs for major television networks, including MTV, Discovery, NBC, ABC, CBS, and The Nine Network and brought to life some of the world's biggest events, including Superbowl XLVIII, The Academy Awards, and The Grammys. As an Executive in the United States and a regional leader in Asia Pacific, Jennie has managed teams across many borders. Now as the Head of Nextdoor Australia, Jennie uses her tech background to drive positive change, focused on building stronger and safer communities across Australia.